Postponement. Cancellation. Closure. Those are the words most commonly associated with sport in the age of Coronavirus. As facilities are forced to shut their doors, and events face up to at least a short-term future without fans, the sports industry would be forgiven for wondering what comes next.

Almost certainly the answer to that is, in the short term, hardship. Impossible conversations about voided seasons, closed businesses and lost jobs. Men, women and children who would rather be playing sport with their friends forced to stay at home. Ministers and public health experts across the world who are reluctant to put a timeline on when exactly that might be.

“It is not good news for people who have sport as a really important part of their lives but it would be wrong for me to give false expectation about an early resumption of large-scale sporting events” Nicola Sturgeon, First Minister of Scotland, 20th April 2020.

“If we do get a vaccine within the next year then actually, I think that (Olympics) is realistic…If we don’t get a scientific breakthrough then I think that looks very unrealistic.”

No matter how gloomy the situation seems now, there will come a day when sport will open its doors again. The industry is united in hoping that that day comes sooner rather than later, that sounds like “forty love” and “four runs” might still soundtrack the later part of the sporting year. Many fans might even yearn to hear once dreaded calls like “VAR check” or “false start”.

And while sport, like the rest of society, ponders its current circumstances, it should also be thinking of how the industry might actually stand to benefit and thrive in the long run.  The sports industry, its executives and its institutions are strong and inventive, and all the signs point to continued demand to play and watch in the future. As just one example, one sound that is already back in living rooms across the country is “One Huuundreeed and Eighty”, as the PDC releases its Home Tour, live streamed from players’ living rooms.

Green shoots are present, and increased consumer demand is not unforeseeable. New Sports Marketing Surveys data suggests that people are adapting and finding new ways of exercising both individually and in virtual groups. In total, 74% of people in the UK are taking part in some form of physical exercise, including cycling, running and walking among others.

38.3 Million active people in the UK during

Spend too, shows signs of holding up, with over 7 million people planning to invest in exercise equipment between now and the end of the pandemic. That, in addition to the 10% of adults who have already done so.

Looking at new, nationally representative data, Sports Marketing Surveys is producing a new series of insights. Focusing on participation and spending trends in the UK, the insights are designed to shed light on the impact of Coronavirus so far, assess what the survival phase looks like, and identify what the prognosis for recovery is in the medium to long term.

The best place to begin to understand the current climate for grass roots sport is to look at the activities that people are taking part in. What immediately becomes clear is that many people who were actively doing a particular activity in 2019 are not doing so at this stage of the coronavirus pandemic. Naturally the roughly 5% of adults who play golf, 8% who play football, 6% who play tennis and 17% who swim are all sadly unable to continue their hobbies.

Despite new people coming into sports, this does have an impact on overall rate of participation.

We can speculate over why this might be the case but it seems likely that multiple phenomena are in play here. Health anxiety is likely to be high on that list. In cities or towns, even allowed activities like cycling or running often also entail encounters with other members of the public doing similar exercises. Where peoples’ preferred routes are narrow or congested, this can create anxiety and act as a deterrent.

For other groups of sports participants, the benefits of sport are predominantly social. These participants may well be less inclined to exercise or play when they cannot do so with friends, or family members or networks of people to whom they are accountable. For this group, when a spin class is cancelled, a bike ride is not necessarily the natural replacement, whether due to lack of equipment or lack of the social benefits that come in tow.

Time is another possible explanation. We rightly think of the number of people who are saving commuting time, or who have less rivals for their leisure time in the form of bars, restaurants, museums and other communal pursuits. However, there is another tranche of the population for whom the Coronavirus crisis means less rather than more time. People having to home educate their children, or go food shopping for vulnerable relatives and neighbours will all fit into this group. Technology is making working from home possible for more people than ever before but it can nevertheless be time consuming, and often precludes many of the quick exchanges and decision making that could happen in an office.

Restrictions on travel will also play their part. As car journeys are discouraged, many walkers, runners or cyclists may find that their favourite stomping grounds are unreachable. For a trail runner craving an off-road run, a dash down the high street might not be as compelling a proposition.

There is however, another side to the participation coin. Overall rates are declining but only slowly, suggesting that whilst some are finding their avenues to sport cut off, others are approaching for the first time. Looking at total participation levels, running and cycling are only down five percentage points. New people are turning to these sports, just as others are denied them.

As predicted by our previous wave of research, exercise at home looks to be a big winner from Coronavirus. In fact, the data found that 16% of adults are doing gym exercises at home, only two percent down on the proportion who were going to gyms before the crisis. 15% are doing exercise classes on the internet against 18% who were taking exercise classes in gyms.

There are more green shoots visible in non-traditional sports. 6% of the UK adult population report playing sports games on their mobile and 10% are doing so via a console or computer. These numbers should not be understated. Both represent increases of 1 percentage point vs 2019. What’s more, when converted to real numbers, this means 3.3 million and 5.5 million participants respectively. As Premier League football teams, and celebrities get on the bandwagon through FIFA events or E-sports contests like the Premier League’s ePL invitational, E-sports could well find its profile significantly boosted during this period.

What you would expect these participation trends to translate to is a smaller pool of potential buyers for equipment manufacturers and their products. Despite first impressions, the data suggests that there may be some good news for hardware spend. This is not necessarily on hold, even if it is coming from a slightly smaller band of total participants.

In total, 10% of the UK adult population have purchased some form of exercise equipment already during the lockdown, with between 3 and 4% of the population claiming to have purchased a range of different items including bikes, rowing machines, running shoes, basketball hoops, yoga mats, resistance bands, golf nets, weights and exercise machines. Prices of equipment will of course vary wildly but these are not insignificant sums of money. Looking at a category where we have robust previous data data, running shoes, we know from a study of exercise and athleisure buyers run in partnership with Hearst, that the average spend per pair of running shoes in the UK was £71, rising to £85 among regular runners. If this did translate through to current spending, and it is worth noting that there are reasons why it may not, 4% of UK adults purchasing running shoes at £71 would mean £156m of spend on shoes.

The rush to purchase does seem to have been less apparent in doorstep sports players, who typically already have their own equipment. Runners, Cyclists, and Gym Goers are among the less likely to have made a quarantine purchase. On the other hand, those people who are used to outdoor team or individual sports have shown a greater appetite for new equipment in sports that they may not have become involved with previously. Footballers, tennis players and golfers are almost twice as likely to purchase equipment as cyclists and gym goers, and around four times as likely to make a purchase as recreational walkers.

How this translates to future participation rates remains to be seen, but it is clear that several sports and activities are appealing to new participants in these difficult circumstances. Hopefully many of those new converts will stick with their new hobbies at the same time as returning to old ones.

The next part of SMS’ analysis will investigate how the sports industry weathers the survival phase. How will participation and purchases hold up during the remaining time spent under lockdown or quarantine measures, however long that may be.

In the meantime, for more detail on this data, and the large amount of supporting information, including findings on what types of equipment players of different sports are purchasing for at home exercise, please contact info@sportsmarketingsurveysinc.com

In total, 10% of the UK adult population have purchased some form of exercise equipment already during the lockdown. 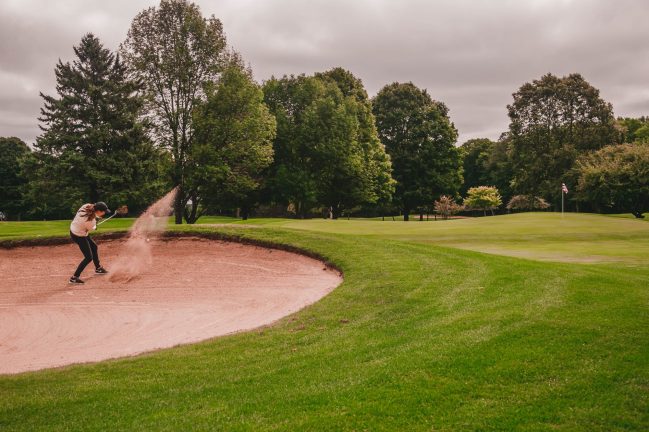