Leading sports researchers SPORTS MARKETING SURVEYS INC. (SMS INC.) can exclusively reveal the Q4 2017 Golf Rounds Played figures. Compared to the same period in 2016, rounds played were lower for Quarter 4 across all regions, leading to an average drop of 11.4%. 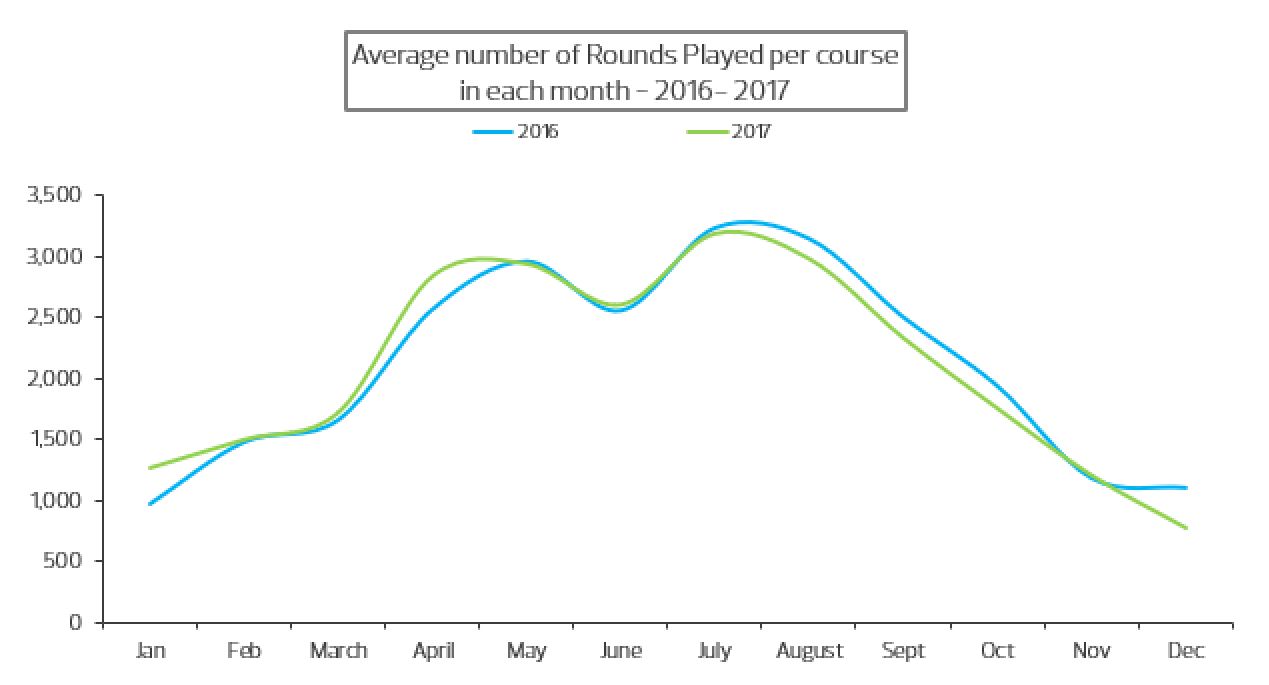 Q4 2016 had experienced a relatively strong period for rounds played, with the strongest October and December in the last five years both occurring in 2016. To some degree therefore the year on year decline over the final months of 2017 was to be expected.

The drop over the final three months of the year also contributed heavily to the fact that rounds played for the full year were fractionally down nationally. Despite this, year end figures for Scotland, The Midlands and the South regions all showed stability or slight growth compared to 2016.
SMS INC. director Richard Payne struck a realistic tone, commenting: “Golf clubs across the country experienced a difficult second half of the year in terms of Rounds Played. After a relatively strong opening four months, figures from May onward were disappointing, leaving 2017 with the lowest monthly average rounds in the last five years. There are some positive stories around individual regions, and the challenge is to continue that trend nationwide in 2018.
It is clear that the golf industry needs to work hard to find new, creative, accessible ways to encourage people to play more golf amidst ever fiercer competition for the leisure minute and the leisure pound. One area that golf clubs and organisations may wish to look at is how they can elongate the season to maximise months like March and October. Looking at the Q4 results, Octobers for both 2016 and 2017 have been drier and warmer than average and rounds played have stacked up well against figures from 2013-15.”